UPDATE: AMZN stock rallied 11.9% to $136.80 on Friday morning after its Q2 earnings miss on Thursday night still impressed the market by beating revenue projections and offering up strong growth from its cloud business. The rally in the share price is, however, below the post-market spike of 13.6% on Thursday evening. The stock opened lower and reached a session low of $132.41 on Friday before steadily rising above $136. The session high thus far has been at $137.65, but the price movement has been tamped down after the initial run up.

Amazon (AMZN) stock soared in post-market trading on Thursday as the online retail giant engineered a relief rally in its stock based on its revenue recovery. Rivian (RIVN) continues to be a drag on the bottom line with an EPS loss missing estimates by a mile, but positioning and sentiment had been overly negative in Amazon. Hence a massive relief rally ensued after earnings.

A snippet from our recent deep dive on Amazon is reassuringly prophetic: “As outlined above, the Rivian stake should provide further losses, and the strong US dollar and supply chain issues will continue to put pressure on margins. However, we do feel the continued growth of AWS will serve to partially offset these concerns but only over a longer time horizon.”

Rivian certainly did provide further losses to the tune of another $3.9 billion from Amazon’s stake in Rivian. Again though Amazon Web Services (AWS) saved the day as revenue grew to just under $20 billion, marking a 33% yearly growth rate. Curiously, advertising also showed strong growth, moving nearly 20% higher from a year earlier to $8.7 billion. Amazon is not a social media company, but advertising metrics from Alphabet (GOOG/GOOGL), Meta Platforms (META) and Snap (SNAP) had all shown digital advertising declines. Revenue forecasts were solid with the company upgrading its outlook. The consensus was set at $126 billion, but Amazon is forecasting $127.5 billion at the midpoint of its guided range.

We are sticking with our HOLD rating as we tweak our forecast model slightly to account for impressive growth in AWS and the lower share count from the continued share buyback program. 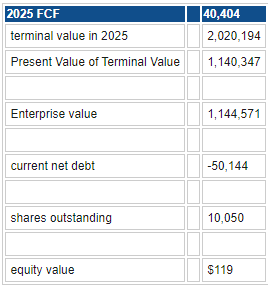 Technically, the outlook is more positive in the short term. A volume gap could see the rally extend up to $140, but that level would be strong resistance. Next quarter will also be difficult though. We feel a lot of this current rally was based on relief and under-positioning. The CEO has alluded to continued inflationary pressures that we mentioned in our deep dive review, and these will not have diminished by next quarter. 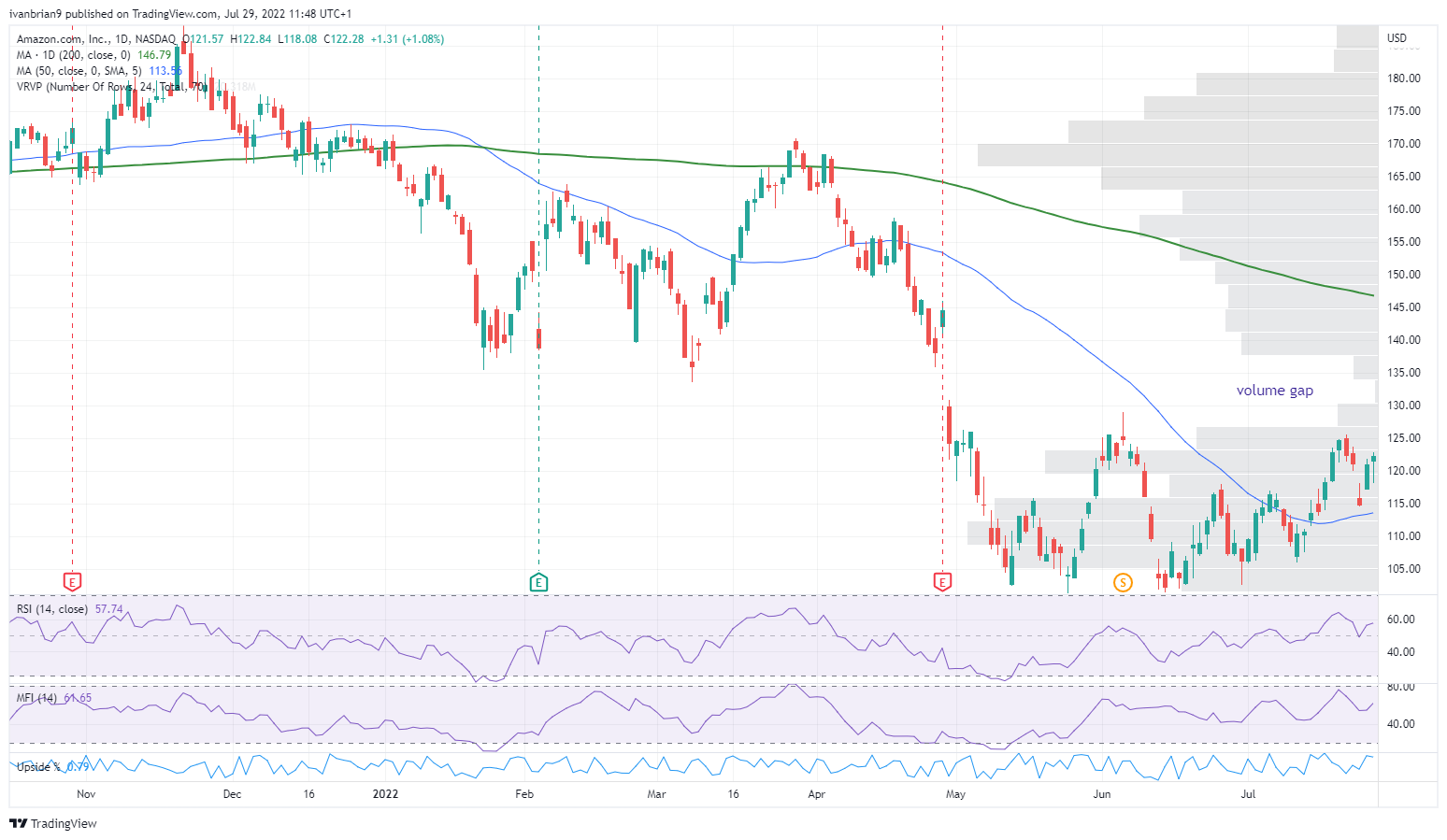