President Joe Biden shrugged off the latest unexpectedly high inflation numbers on Tuesday even as they triggered a sudden plunge in the stock market.

“I think we’re going to be fine,” Biden told reporters Tuesday night when asked about the disappointing data release earlier in the day.

The president spoke briefly to reporters after traveling to Delaware from the White House to vote in his home state’s primary election.

When asked by a reporter whether he was worried about the latest inflation numbers, Biden replied, “No, I’m not.” 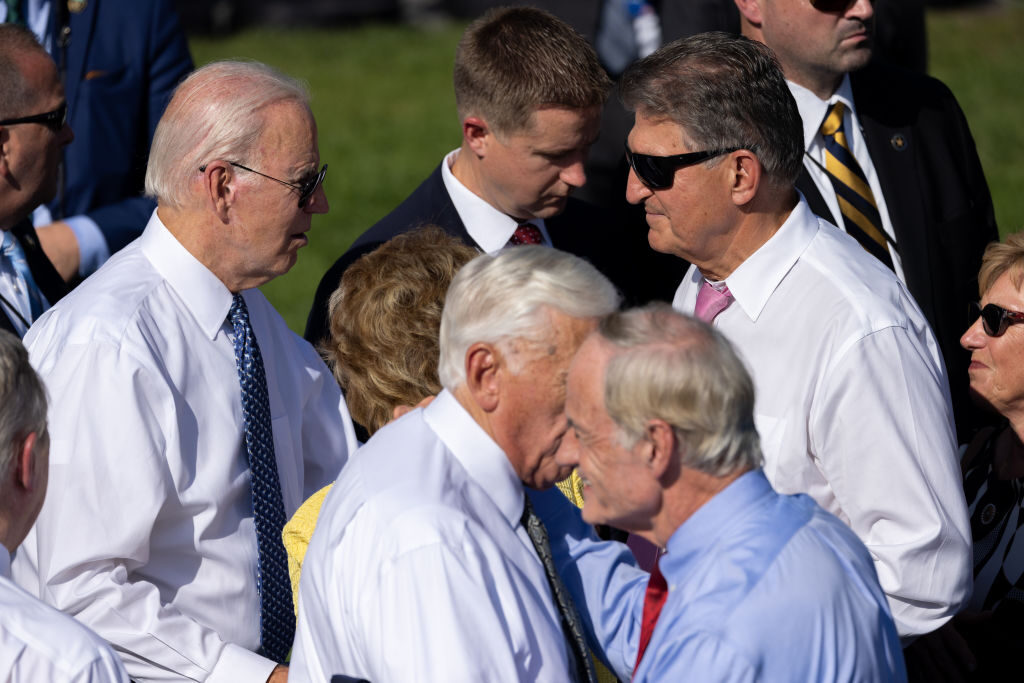 President Joe Biden speaks with Senator Joe Manchin (D-WV) on the South Lawn of the White House in Washington, DC, after a celebration of the Inflation Reduction Act on September 13th, 2022. (Nathan Posner/Anadolu Agency via Getty Images)

Economists, however, do not share Biden’s optimistic appraisal of the situation.

The median CPI, which excludes all the large changes in either direction and is better predicted by labor market slack, is out and is extremely ugly. A 9.2% annual rate in August, the single highest monthly print in their dataset which starts in 1983 (second highest was in June). pic.twitter.com/4W6XDLdJXA

The Dow Jones industrial average plunged 1,276 points on Tuesday in reaction to the unexpected data, suggesting that inflation would remain stubbornly high.