Update: MindMed shares have lost 4.3% to trade at $8.68 at the start of the Wednesday session. The company announced this morning that it will share a presentation of its recent efforts and general outlook at the H.C. Wainwright 24th Annual Global Investment Conference on September 12. That is exciting news for shareholders more generally since MindMed has not been included as a serious company at most industry and investment conferences. Shares are now nearing the August 8 reverse-split-adjusted price of $7.95. Below there is support at $5 from September 2020. It seems the recent 1-for-15 reverse split has failed to work its magic in any sustainable way. 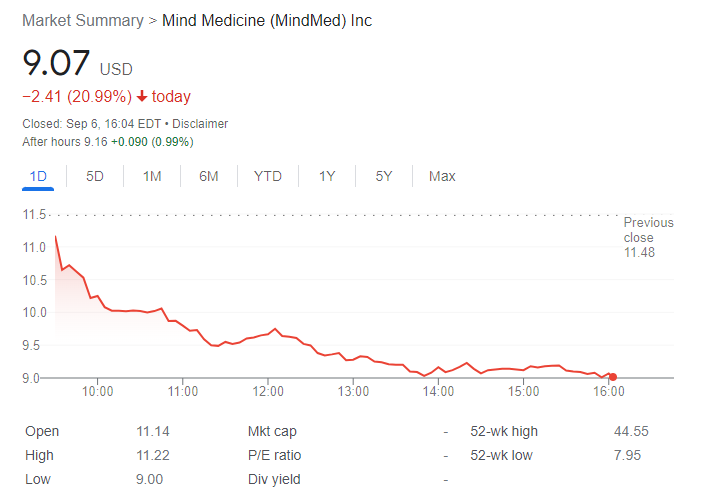 NASDAQ:MNMD traded flat last week despite the broader markets continuing to spiral downwards for the third consecutive week. Shares of MNMD edged higher by just 0.09% last week and closed at a price of $11.48. Stocks fell lower for the third straight week as Chairman Powell’s Jackson Hole speech continued to weigh on the minds of investors. Added to that were more signs that the US economy is stronger than most believe it to be. Overall, the Dow Jones lost 3.0%, the S&P 500 dropped by 3.3%, and the NASDAQ tumbled by 4.2% during the week.

Stay up to speed with hot stocks’ news!

Does the stock MindMed sound familiar? It might be a new name to most investors but the company has been making some headlines this year. MindMed operates in the psychedelic therapy industry which treats patients with addictions and mental illness. The stock was also tied to meme companies like Bed Bath and Beyond (NASDAQ:BBBY) as a key holding by several well known investors. Despite all of this news, the largest headline as of late for MindMed has been its recent 1 for 15 reverse stock split that took place a couple of weeks ago. 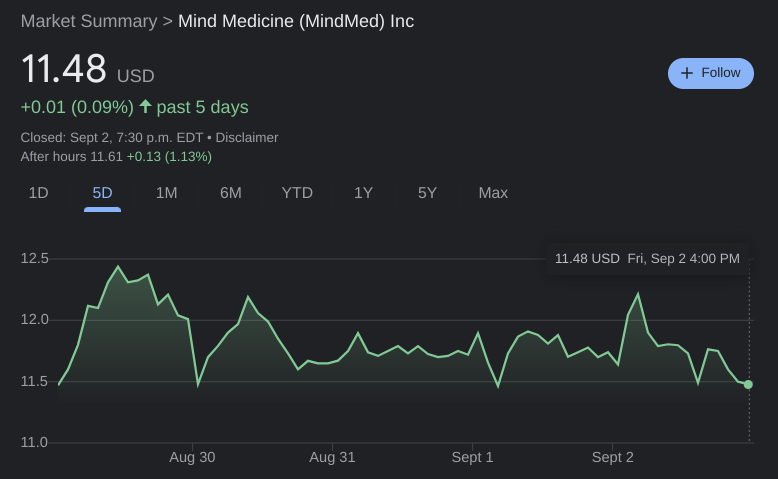 MindMed managed to hold up better than other meme stocks last week. Shares of GameStop (NYSE:GME), AMC (NYSE:AMC), APE (NYSE:APE), and Bed Bath and Beyond were all on the decline. BBBY led the way lower, losing more than 25% during the week, while APE and GME dropped lower by 17% and 10% respectively.

Like this article? Help us with some feedback by answering this survey: