Much of China’s economy may be locked down, but the country’s warehouse market remains active, with New World Development’s infrastructure investment subsidiary agreeing to purchase six mainland logistics properties from a fund managed by Australia’s Goodman Group for RMB 2.29 billion ($337.2 million), according to a statement to the Hong Kong stock exchange on 16 May.

NWS Holdings, which already has a warehouse venture in Hong Kong with Goodman, explained the purchase of the 531,000 square metre (5,715,636 square foot) portfolio of properties in the cities of Chengdu and Wuhan as an opportunity to expand its logistics business and ramp up its mainland holdings in the segment.

“The logistics industry offers excellent prospects, and in recent years, the group has been proactively building a unique logistics ecosystem, in order to seize its tremendous growth potential,” said NWS COO Gilbert Ho, adding that the partnership with Goodman marks a milestone to the company’s strategy to explore collaboration opportunities in the mainland.

As part of the agreement, NWS and Goodman also established a 50:50 joint venture to manage the portfolio, with the deal including an option for the Hong Kong firm to purchase full control at a later date.

NWS is purchasing the assets, which include five completed projects and another warehouse under development, for a 1.3 percent discount from their value of RMB 2.32 billion per an independent valuer’s report from 28 February.

The completed properties generated more than RMB 100 million in gross revenue in 2021, with the portfolio also including an undeveloped site located adjacent to one of the Chengdu facilities which is earmarked for development of a single-storey building with a gross leasable area of 39,711 square metres. 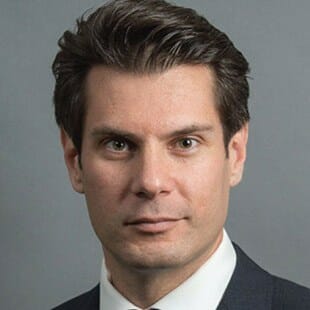 At present, the portfolio is roughly 90 percent occupied and carries a weighted average lease expiry term of 3.1 years as of 31 March. The facilities are home to a mix of tenants spanning third-party logistics providers, international retailers and e-commerce operators, according to NWS Holdings’ statement.

The unit of one of Hong Kong’s top five developers says it intends to finance the acquisition using cash, existing bank facilities or a combination of the two.

“Goodman and its managed funds continue to invest and develop in Mainland China, maintaining a significant portfolio, and a strong development pipeline supported by strong customer demand,” Goodman’s head of Asia, Paul McGarry, said in a statement.

Industry sources indicated that Goodman had begun marketing the portfolio to potential buyers last year, with a September 2021 flyer produced by the company showing a total of nine assets in western China, including three properties in the municipality of Chongqing.

NWS pointed to the management joint venture with Goodman as platform for exploring further cooperation opportunities between the two companies, with the Australian firm set to bring in up to another RMB 15 million, should it agree to sell its half-stake in the venture under the option terms. Under the agreement, NWS is paying RMB 100 million to purchase its initial 50 percent of the management firm.

NWS framed the deal as a way to support expansion of its logistics footprint in Greater China, with the acquisition nearly doubling its existing shed portfolio in the region to over 1 million square metres.

The planned expansion comes as demand for logistics and related services continues to grow in China. CBRE estimates that, in 2022, occupiers will take up more than 6 million square metres of warehouse space for a second straight year, thanks to the ongoing growth of e-commerce and the expansion of third-party logistics.

Also this year, an ESR fund backed by Singapore’s GIC bought a portfolio of port-centred logistics facilities in the Shanghai area from US-based DLJ Real Estate Capital Partners, reportedly for in excess of RMB 4.4 billion.

In December of last year, Blackstone agreed to pay RMB 3.4 billion to take full ownership of a logistics park in Guangzhou, with that project now part of the private equity giant’s Dragoncor mainland warehouse platform.

In October 2021, the manager of CapitaLand China Trust, which had traditionally focused on the commercial sector, marked its maiden foray into China’s logistics market with the RMB 1.68 billion purchase of four warehouses across key cities in the mainland.