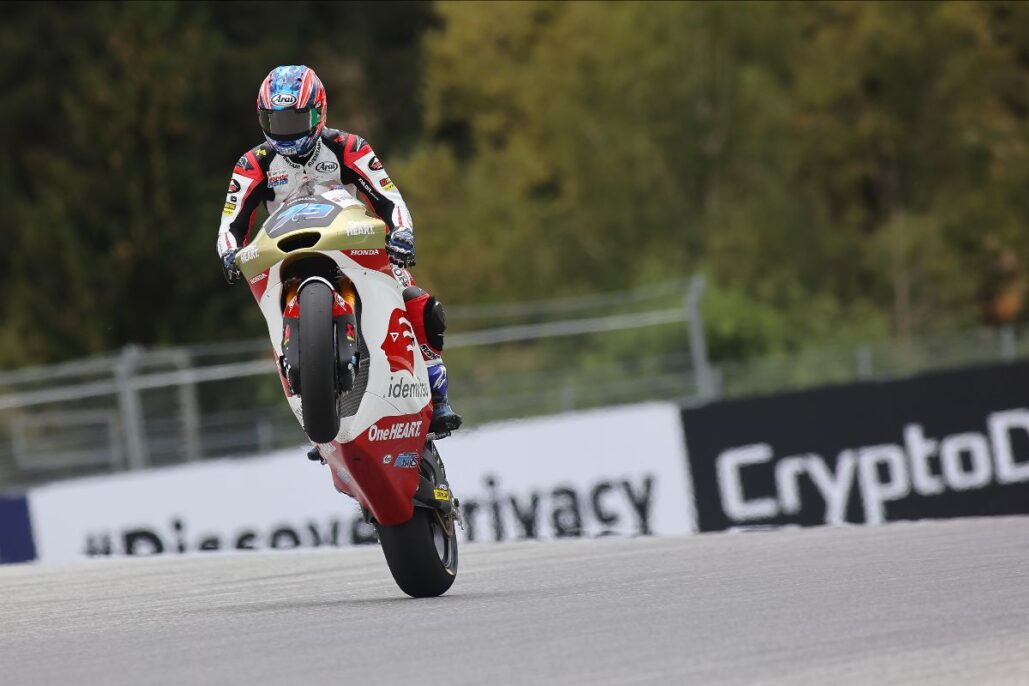 Persistence pays off for the Japanese rider in Q2 as he pips the British GP duelling duo to pole.

Lopez was the early pace-setter in Q2 and the 20-year-old Spaniard was back on top when he set a 1:33.981 on his third flying lap. Ogura soon took up second position, albeit at more than two tenths of a second off the pace, and he continued to be a threat. He was setting a succession of ‘red’ first and second sectors, but was struggling to improve over the course of the whole lap.

Jake Dixon (Zinia GASGAS Aspar Team) capitalised somewhat by moving into second on a 1:34.104 with less than three minutes to go, before Ogura finally strung all four sectors together well enough to clock a 1:34.001. Having closed the gap to Lopez, the Saitama-born pilot then completely overcame it when he punched out a 1:33.933 just before the chequered flag. For Ogura, who is second in the World Championship, it is a second career Moto2™ pole, but Lopez’s reward is a still commendable front row start to follow up his first ever podium taken at Silverstone. Fernandez, meanwhile, earned third with an even later 1:34.101.

Dixon was therefore classified fourth, with Somkiat Chantra (Idemitsu Honda Team Asia) fifth at just a single thousandth of a second slower again. Pedro Acosta (Red Bull KTM Ajo), who is back in the saddle after breaking a femur in a motocross training crash, took an impressive sixth with a late 1:34.126, while Celestino Vietti (Mooney VR46 Racing Team) was seventh on a 1:34.170.

Back in Q1, Joe Roberts (Italtrans Racing Team) and then Jeremy Alcoba (Liqui Moly Intact GP) both improved after the chequered flag. However, Alcoba was still 0.084 seconds shy of the top four and Roberts 0.120 seconds outside the cut-off, with the two set to start 19th and 20th respectively.

Ogura has the opportunity to not only get his second Moto2™ race win, but also to close the gap to and potentially even pass Fernandez in the World Championship standings. Can he do it? Tune in to find out at 12:20 (GMT 2)! 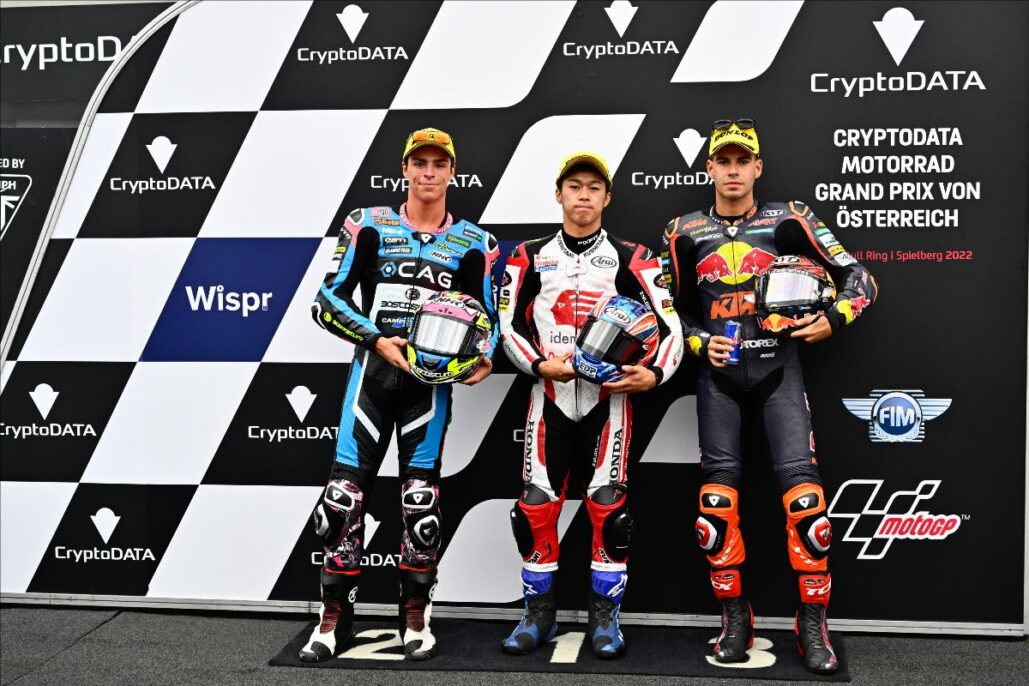