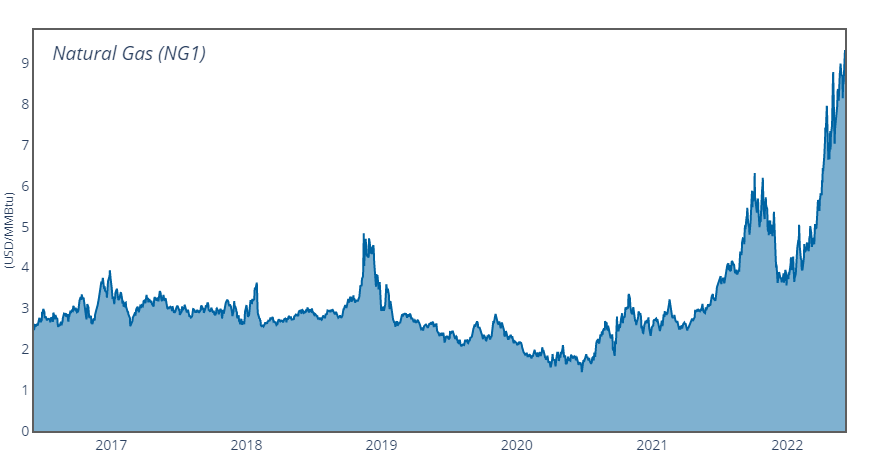 US natural gas prices have breached the $9 per million British thermal units (MMBtu) threshold, marking a 14-year high, and one with no immediate relief in sight. Recent highs represent a near-tripling from the $3.5 mark that US natural gas prices sat at to begin 2021.

Numerous factors have sent US energy prices skyward, but paramount among them is the Ukraine war, which has disrupted Russian exports and diverted US supply toward the European market to compensate. Given Russia’s status as the world’s second-largest natural gas producer, with the bulk of its sprawling pipeline network extending westward into Europe, it’s no surprise that the Ukraine war and its resulting sanctions have led to a supply crunch in the market, particularly because the market was already supply-constrained for European customers even before the conflict broke out. The new, post-invasion geoeconomic equilibrium will necessarily involve major European economies seeking to establish a higher degree of energy independence. The hitherto unanswered question, however, is the extent of the pain that this transition will cause European – and global – energy consumers.