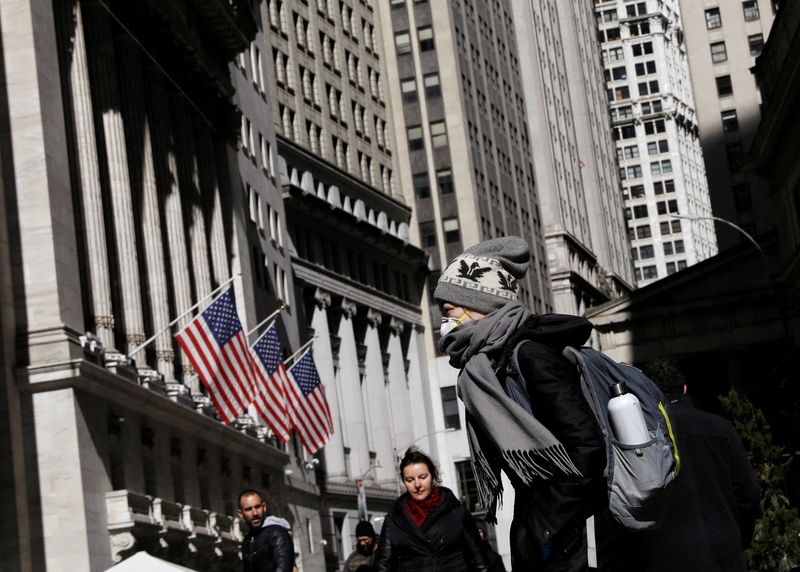 U.S. banks reported a mixed bag of fourth quarter earnings last month as trading revenue fell after the Federal Reserve scaled back its asset purchases. They are now grappling with high inflation and the likelihood of multiple rate hikes.

Bank of America (NYSE:) is concerned enough about inflation to stress test its portfolio for the possibility that Fed policymakers are unable to control it and prevent the country going into recession, Chief Executive Brian Moynihan said.

“We have to run those scenarios,” he said. “What will hurt the industry generally will be if they have to create a recession. And that’s not their goal for sure. They’ll hopefully do a great job handling it. We stress test that and we’re fine.”

Mike Santomassimo, chief financial officer at Wells Fargo (NYSE:) & Co, the fourth-largest U.S. bank, noted that credit spreads had been widening and “that’s an area to watch to see if there are any cracks that start to emerge”.

High inflation and expectations of more aggressive rate hikes from the Fed have whipsawed markets this year, sending the down 7% year-to-date while bond yields have jumped and the yield curve flattened.

Morgan Stanley (NYSE:) Chief Financial Officer Sharon Yeshaya said the bank had seen “a lot of uncertainty in the marketplace over the past couple of weeks” leading to companies putting off transactions.

Trading and investment banking activity had slowed since 2021 but was still healthy, Solomon said.

Bank of America’s Moynihan took a similar tone, saying the bank’s capital markets business “is down” so far in 2022, even though it continues to see a strong pipeline of customer activity.

Wells’ Santomassimo noted that while the bank’s consumer and real estate portfolios continue to perform, there had been “a little bit of noise” in auto loans.

However, he said that rising rates would help the bank’s ultimate goal to reach a 15% return on tangible equity. When interest rates are higher, banks make more money by taking advantage of the difference between the interest banks pay to customers and the interest they can earn by investing.

“The question will be where rates go and then what impact that has on the economy and the environment we’re in,” Santomassimo said.